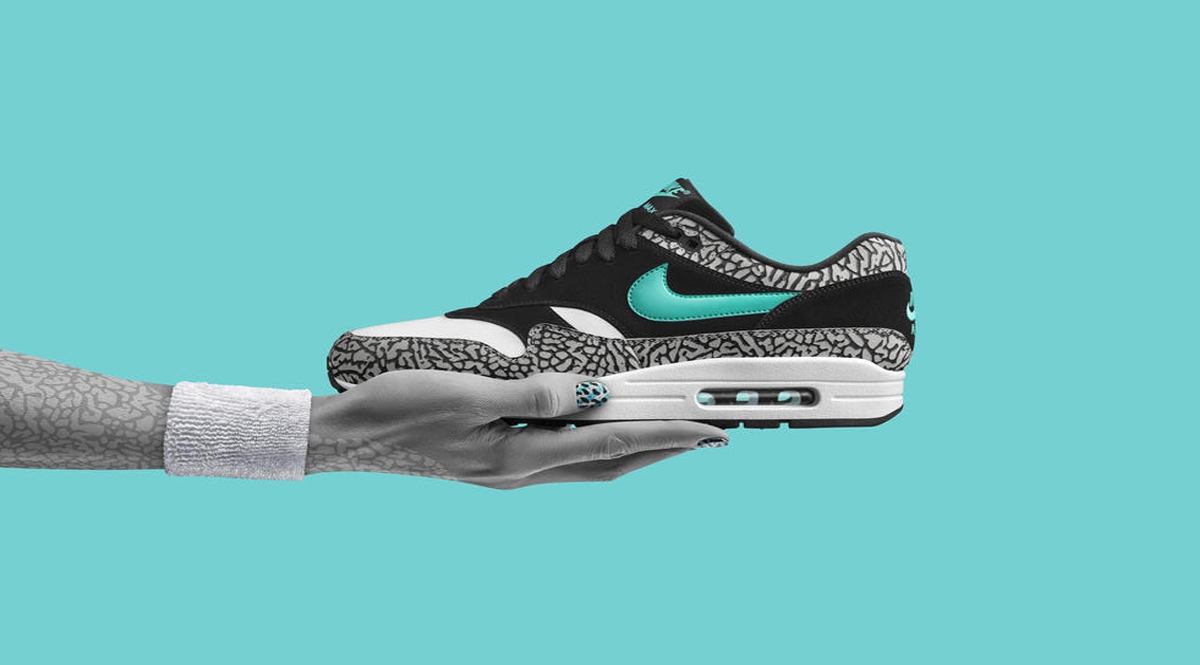 If we are talking about Elephant print the first shoe that comes to everyone’s mind is the Air Jordan 3, the model that made the pattern famous in the sneaker world (and outside, too).

The 3 was a revolutionary shoe under many axpects: the first shoe designed by Tinker Hatfield for MJ, the first Air Jordan with a visibile Air unit, the first shoe with the Jumpman logo but not the first shoe with the Elephant print. The exothic pattern made its debut in the Nike catalogue in 1987, used in a special colorway of the Air Windrunner. The following year the Air Jordan 3 was launched and in 1989 the Elephant Print was back on the NBA courts on the feet of many NBA players, like San Antonio Spurs center David Robinson, that wore the Air Force STS.

The Air Jordan 3 played a huge role in one of the most famous uses of the Elephant Print outside of a basketball court too: the two colorways of the Nike SB Dunk Low x Supreme from 2002. Given the chance to create two new special make ups of the newborn Dunk SB, the Supreme team decided to pay tribute to the classic Air Jordan 3 using the color schemes of the “Black/Cement Grey” and “True Blue” 3s from the late 80s.

The Elephant Print has made many comebacks on the Dunk SB: once again on a third Dunk Low by Supreme in 2012, on the De La Soul collaboration, the “Send Help 2” by Todd Bratrud, the “112”, the Murasaki and, obviously, the iconic “What the Dunk”.

Talking about the Air Max Line, the most loved Elephant print use is, without a doubt, the one on the Air Max 1 x Atmos from 2007. In few years after the release the model has become an icon for collectors, winning the “Vote Back” opened by Nike in 2016 and receiving the Rétro treatment for the 2017 Air Max Day, along with a second re-edition as part of the Air Jordan/Nike x Atmos Pack with the Air Jordan 3 Retro made using the color scheme of the Air Max 1B “Safari”.

The Elephant Print appears on many other amazing Air Maxes. The “honorable mentions” list must include the two Air Max 1 NL from 2005 made with “jordanesque” colorways, the Air Max ’97 “Kashima Antlers”, the unreleased Sample of the Air Max 1 x Clot “Kiss of Death” and the Air max 1 “112”. In this case the Elephant Print is one of the main elements of the whole collection that DJ Clark Kent dedicated to his home Borough of Brooklyn. It’s used on both the Air Force One and the Air Trainer 1 of the original “112 Pack”, as well as the Hyperdunk, LeBron 7, LeBron 8, two versions of the P-Rod 7 and Dunk Low SB made in the following years.