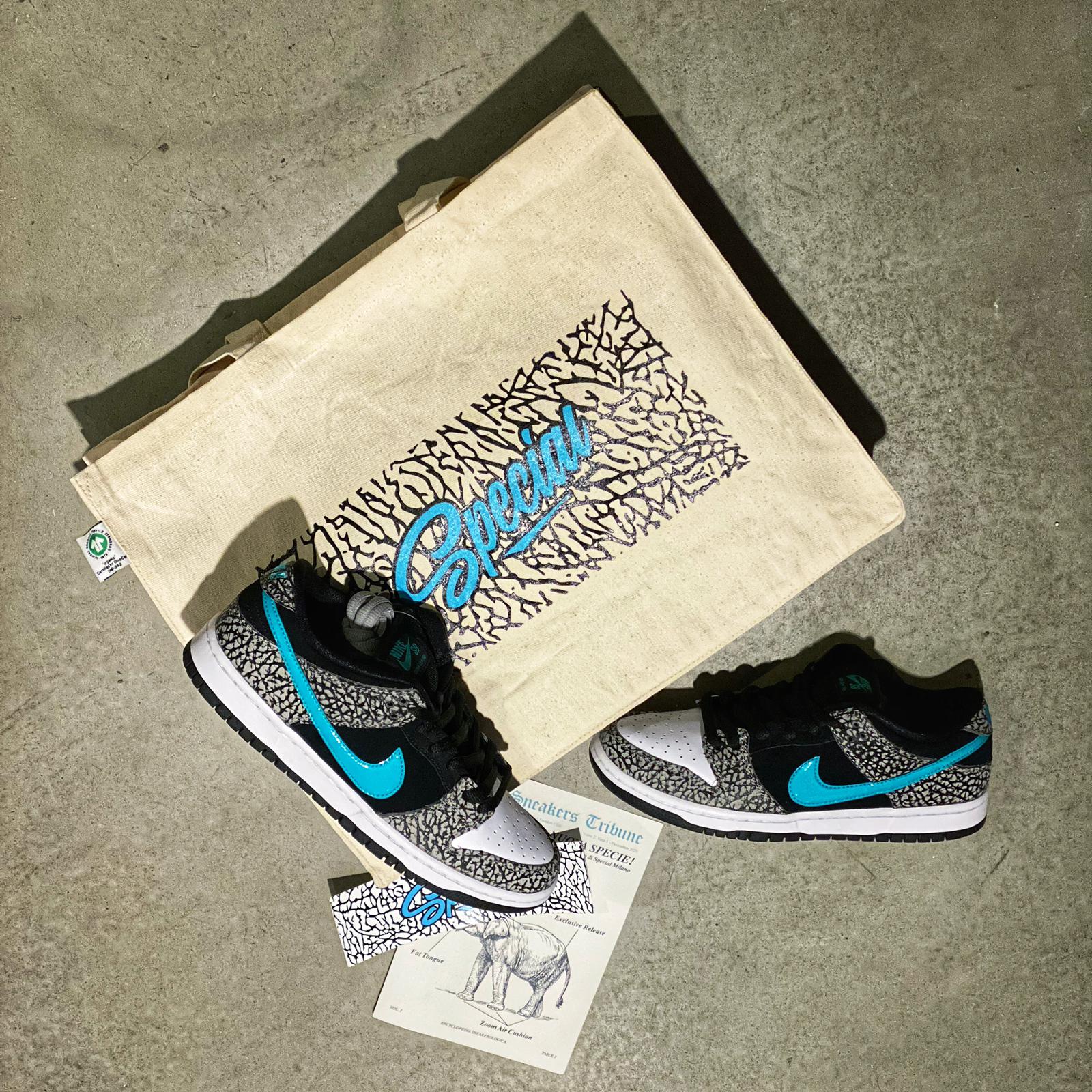 In the sneaker world the definition “instant classic” is often abused, but if we are talking about the Atmos x Nike Air Max 1 “Elephant” there’s no error. Originally released in 2007 in few years the “Elephant” became one of the most sought after Air Max Ones by collectors and fans and, for lot of them, it was the “first love” that started their passion for the model. As told by Hirofumi Kojima, creative director for Atmos and responsable for lot of the store’s great sneakers, the image that inspired him during the development of the “Elephant” is the one of a giant, majestic elephant under a pouring rain. Putting poetry aside, Kojima confirmed that Atmos waited a long time for the right chance to use Elephant Print on a collaboration, recognizing the importance of the Air Jordan 3 and the love that many in the Atmos team showed for the model.

The huge success reached by the Air Max 1 “Elephant” has led many in the sneaker community to forget that the model was initially part of a pack, completed by a Court Force Low made with a mix of white and black patent leather and two tones of Elephant print: the classic black-on-grey version used on Air Jordans and a reverse one with grey graphic on a dark base. The release of the “Animal Pack 1” (name briefly used and then dropped) in 2007 wasn’t the first experience for Atmos using animalier, one of the most recognizable elements of their partnership with Nike. Not counting the amazing Air Max 1B “Safari” made by Atmos founder Hidefumi Hommyo, the first chapter of this trend was the release of the Air Max 1 and ’95 “Animal” in 2006, where Atmos covered the whole upper in pony hair with different animal patterns. In 2007, as we already told, we had the “Animal Pack 1” with the Air Max 1 and the Court Force Low “Elephant”, followed in the same year by the “Animal Pack 2”, known today as the “Beast Pack” that included another Air Max 1 (with black upper and a leopard side panel), a Dunk Low and a Court Force Hi. In 2013, at the peak of the renewed Air Max 1 celebrity, Nike created a new pack with Atmos that included the Tiger Camo/Snakeskin and Desert Camo/Cheetah colorways, two more fan favourites Air Max ones that mixed animalier and military patterns, another huge passion of the Atmos creative team.

In 2018, a year after the long awaited return on the shelves of the Air Max 1 “Elephant”, Atmos and Nike picked the Air Max Day to release a new special project: a 2.0 version of the Air Max 1 and ’95 “Animal Pack” from 2006, with black pony hair replacing the traditional sail one used on the first edition. In 2019 the japanese store used its booth at ComplexCon Los Angeles to present and release in limited quantities three new Air Max Ones with a full pony hair upper with “Tiger”, “Leopard” and “Giraffe” print.

Kojima once again recalled many times that the idea of using animal patterns on the sneakers he made with the Nike came while looking at the “Nike Zoo” collection, a kids line made in the ‘80s by the Swoosh, confirming how vintage remains one of the biggest passions for japanese sneakerheads.

With the Air Max 1 “Elephant” Atmos has succeeded in the difficult task of creating a non-original colorway capable of becoming as iconic as the great classics. The White/Black/Jade/Elephant Print color scheme has been replicated numerous times by both Nike and custom sneakers artists around the world, as it has been done for decades with more traditional Air Jordan or Nike colorways like the “Infrared”, the “Mowabb” and the “Neon”.

Even Nike decided to pay tribute to the “Elephant” using the colorway created by Atmos for the Air Max 1 on a special Dunk Low SB, just few months after they’ve done the same thing with the “Safari” at the beginning of 2020. This isn’t an official collaboration with Atmos, that remain on of Nike’s main partners, but it still is a dream that came true for lot of collectors and fans of the “Elephant”. 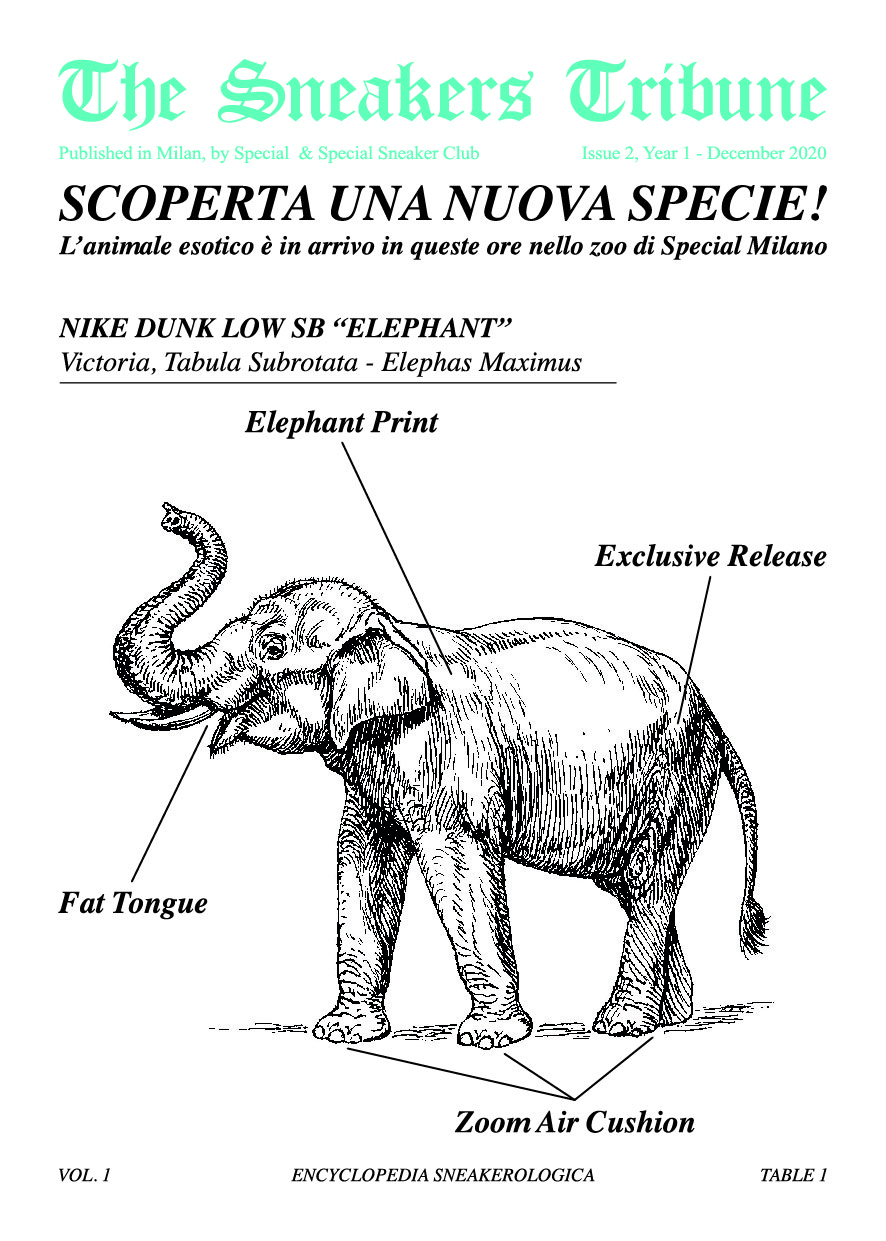