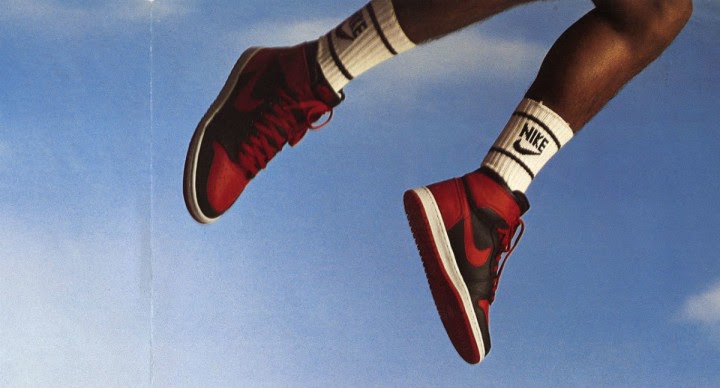 THE THREE LIVES OF THE AIR JORDAN 1

If you try and tell a young sneakerhead that yes, in 1985 the Air Jordan 1 hit the sales racks for few tens of dollars, he probably will think you are out of your mind. It seems impossible that the story of such a legendary model, one of the most wanted and looked after today, started in clearance stores.

The history of the Air Jordan 1 began in 1984 just like as MJ’s career, finally a Chicago Bulls player few months after the triumph at the Los Angeles Olympic Games. The start of the Jordan/Nike partnership was rough, as it was the birth of the Air Jordan line: for the first time in history a basketball player will have his own Nike collection and, biggest matter of all, he’s a Rookie. The model will make its official debut in november 1984. The colorway is the “Chicago” and the opponent is one of MJ’s idols: Dr. J, Julius Erving. According to the story told, Nike’s hope was to earn around four million dollars selling the first batch of Air Jordan 1s, they ended up with fifty-five million dollars in revenues in the first six months after the release. The unexpected result pushed Nike into making way more shoes than the public requested, with lot of them ending up on the sales racks we already talked about. Is at this exact time that, surprisingly, the 1 reached a renewed popularity among those happy to spend few money on good shoes: skaters and graffiti writers.

In september of 1993 Jordan, out of the blue, announces the first of his retirements from played pro basketball. Eight years have passed since the release of the Air Jordan 1 and the technological evolution between the first and the eighth model of the Air Jordan line is astonishing. But both Nike and Jordan hasn’t forgot where they started: before the titles, the MVPs, the gold medals and the commercials with Buggs Bunny and Michael Jackson. The 1, in both the “Chicago” and “Bred” colorways were picked as the first two models to come back in “Rétro” version in 1994 to celebrate MJ’s career, as he was already active on the baseball diamond. The 1 made a second comeback on the shelved in 2001: the “Bred” once again and, for the first time, the “Royal”. By then Air Jordan has, at least on paper, part ways from Nike and is a separated brand and in the first years of the new millenium has become bringing back old models for sneakerheads and nostalgics. 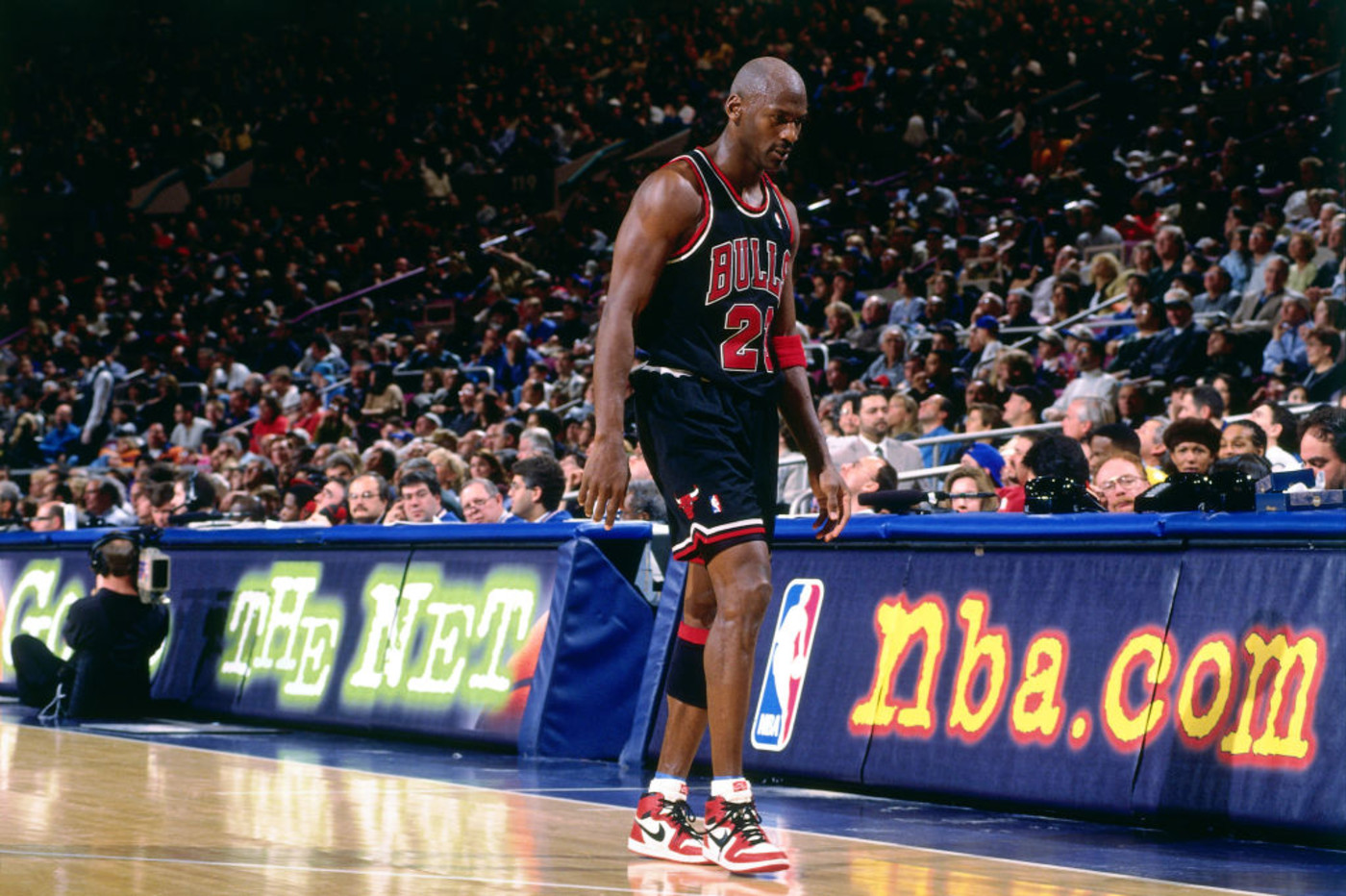 In the same year the Mid top version of the Air Jordan 1 made its debut, with a series of colorway made by Jordan Brand exclusively for the japanese market. The Mid 1s are a ghost for most of collectors: if you ask them today, they’ll tell you that they’re just an error and have to be forgotten forever, but for the best part of the 00’s the Mids were the only Air Jordan 1s available and, even the most old school and purist collectors, got a pair. After a “dark age” from a creative point of view, the Air Jordan 1 made its comeback in the original hi cut version in 2011 with the instant classic “Banned” version and since then the first model of the Air Jordan line became a fan favourite. In few years we’ve seen lot of releases: the 1 became a new “flagship” model for Air Jordan, replacing classics like the 11. Today almost every original colorway has been given the “Rétro” treatment and the new editions are countless. Among them we have some new classics, like the “Shattered Backboard” and the collaborations with Travis Scott, Virgil Abloh and Hiroshi Fujiwara from Fragment Design.

It sounds incredible but within a fifteen years span we went from Mid tops retros, hated by everyone, to the huge success of the Air Dior. These are the two edges of the Air Jordan 1 popularity, but with any shadow of a doubt both moments are fundamental in the model history. Perhaps, the Air Jordan 1 is the model that better displays the “resell boom” we had in the last decade. Rarely a model held its position at the top of the rankings as most wanted, requested, sold and expensive. It doesn’t matter if your inspiration still is Michael Jordan, Travis Scott or Kanye West pre-mental breakdown, the Air Jordan 1 is a timeless classic and the last ten years showed us that we don’t need to ask ourselves why more sneakerheads everyday considers it the best sneaker ever. It might just be. 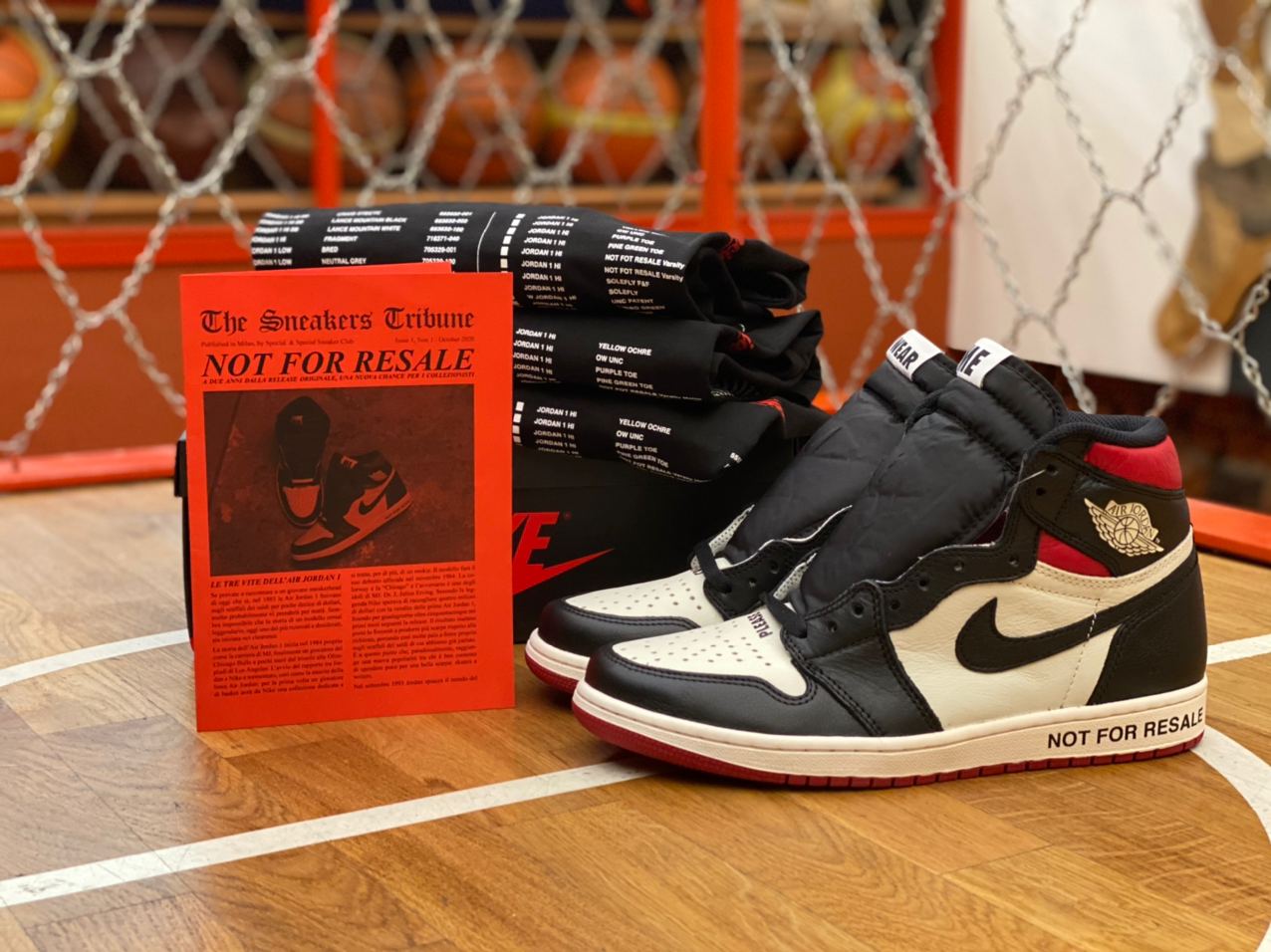 In the next few days Special Milano will have the chance to make the Air Jordan 1 “Not for Resale” once again available to its clients, two years after the original release. To celebrate this great event Special made a pack that will be available for purchase via online raffle on november 4th. The pack will consist of a t-shirt and a booklet made in partnership with Special Sneaker Club. A tribute to the legend of the Air Jordan 1 that will make this release truly special.

All the infos about the release and the raffle for the Air Jordan 1 “Not for Resale” and the special Pack will be shared via the Instagram Page @specialmilano .#itsallabouttheshoes #notforresale